Bob Wills and his Texas Playboys “Take Me Back To Tulsa”

The 1930s saw the development of a unique musical style that fused the tunes of Tin Pan Alley, the rhythmic swing of jazz, and the instrumentation and two-beat feel of traditional country music. The result was one of the most original and exciting forms of popular music: Western Swing. One of the most important Western Swing bands was Bob Wills and his Texas Playboys, an aggregation that delighted dancers and listeners for at least two decades. Bob’s music sounds startlingly fresh and original to this day, and we get a hint of its accessibility in this clip.

In 1940 Bob Wills took a traditional fiddle song, “Walkin’ Georgia Rose,” rearranged it in the Western Swing style, then added lyrics. He called it Take Me Back To Tulsa, and it was introduced to the public in a cleverly-titled 1940 Monogram feature, TAKE ME BACK TO OKLAHOMA starring Tex Ritter. Wills recorded the tune the following year for Columbia Records and it soon became a staple item in the books of many Western Swing bands.

Bob shares the vocal with Tex Ritter, and the featured soloists are Leon McAuliffe on steel guitar, and Wayne Johnson on clarinet. The original lyrics, presented in this version of the song, are both telling and honest and ironic: As Bob notes, “the black man plants the cotton, the white man gets the money.” 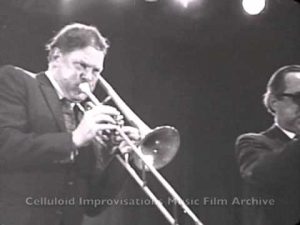 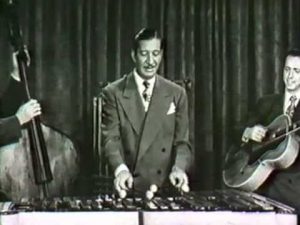