Freddie Rich and his Orchestra “Song of the Volga Boatmen”

Now, quite a few “ifs” here, all referring to the 1930s and beyond: If you were a highly skilled musician … that is, you knew your instrument, could sight read with ease, perhaps double if you were a reed player; if you were comfortable playing many styles of music, maybe improvise a little jazz; and if you were fortunate enough to live in New York City and to get hired by the music department for, say, CBS radio, then you worked hard, but you probably never knew the Depression first hand.

Many fans of the big bands forget that many radio stations, and the networks in particular, had their own bands on call for whatever musical chores were on tap for any given day. CBS had a pool of musicians who worked in these band, moving from one leader to another, often playing Swing music, but also backing popular vocalists, performing light classics, dinner music and so forth. Freddie Rich, Leith Stevens, Mark Warnow, Johnny Augustine and others led these groups, and musicians passed silently among the leaders.

Freddie Rich was one of the busiest of radio conductors, responsible for musical accompaniment on any number of programs broadcast over the CBS network each day. His was a high-profile name, to the extent that he was featured in at least four short subjects between 1934 and 1938.

Song of the Volga Boatmen was one of those tunes that was played often by the Swing bands, in part because it was a familiar melody. Jimmy Dorsey and Artie Shaw recorded it in the late 1930s, and Glenn Miller had a huge hit, arrangement by Bill Finegan, in early 1941. This week we offer the earliest jazz interpretation of this piece, performed by the aforementioned Freddie Rich orchestra.

The band that we see and hear is composed of top notch Swing musicians, all of whom had played with the big bands, but found the life of the studio musician much more comfortable, and lucrative, than that of a traveling musician. Here is the band that appears in the short, identified for you in the “on screen positions”:

You will note that there are two reeds, string and a string bass still unidentified, and if you recognize one of them, or would like a list of possibilities, please get in touch. It would ne nice to fill in these two holes in the band’s personnel.

Our soloists here are well-known musicians, including Toots Mondello, the sterling first alto sax for Benny Goodman in 1935, soon to rejoin Benny’s band. Here, interestingly enough, he solos not on alto, but on clarinet. The tenor man, Hank Ross, was upon called often to solo in the Freddie Rich band, and he was active in big band music until the mid 1950s. Our trumpet soloist is Nat Natoli, who spent years with Jean Goldkette and Paul Whiteman. On piano we see Walter Gross and on drums the great Sammy Weiss.

A story about Walter Gross that has been around for a long time, retold to me by Ginny Mancini, so it may be a bit more than just apocryphal. Pianist Walter Gross was said to have had an enormous ego. He was a talented pianist, and had a huge hit with the song TENDERLY. One evening, perhaps in his cups, he was criticizing the output of Johnny Mercer. I cannot picture this, but apparently this was exactly what Gross was doing. Until someone tired of all the bragging and said something like, “Hey Walter, how about playing us a medley of Tenderly?” 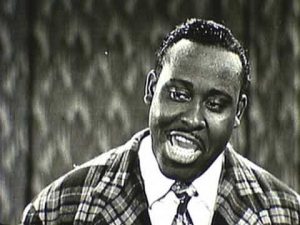 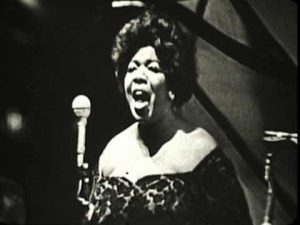 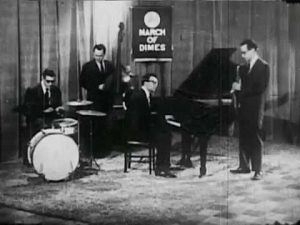